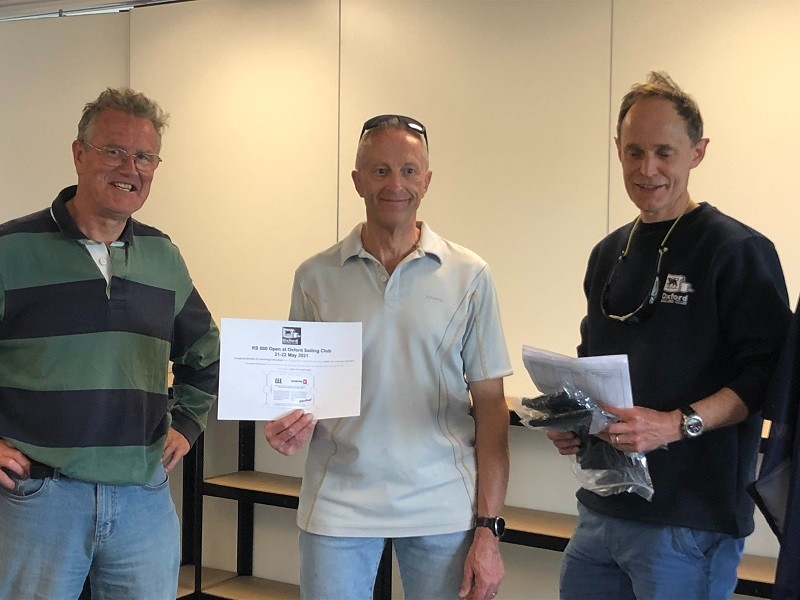 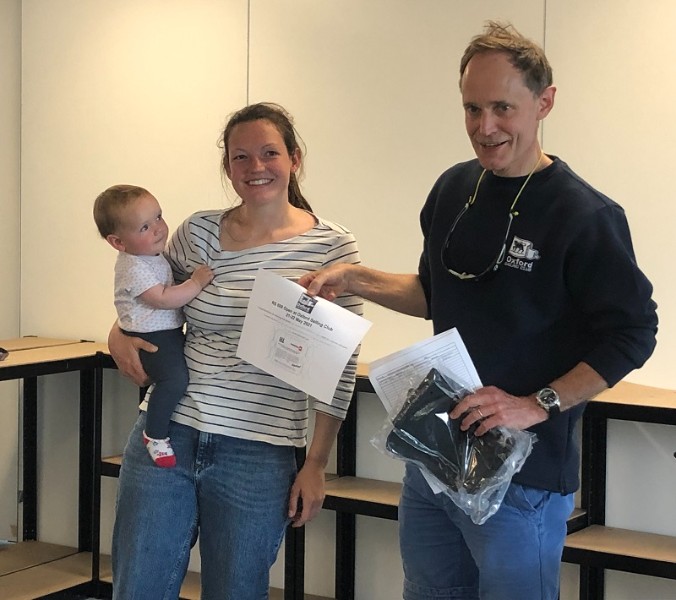 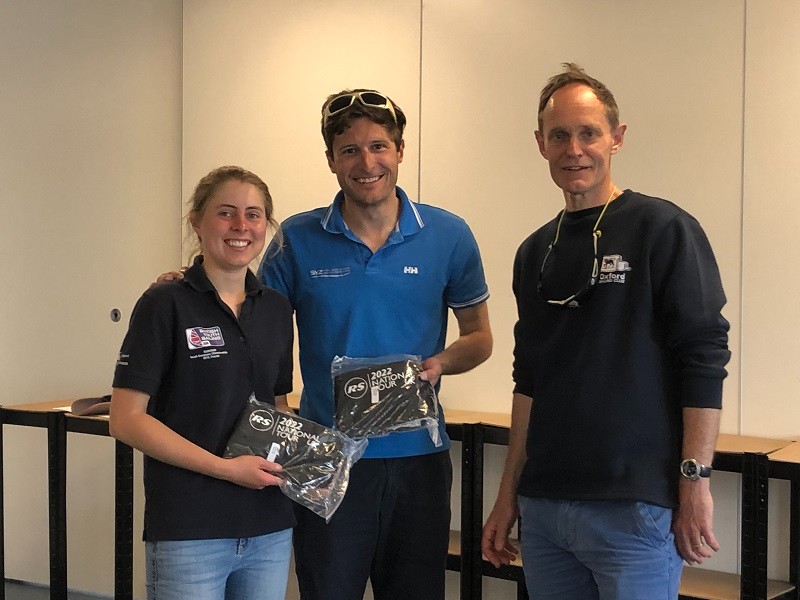 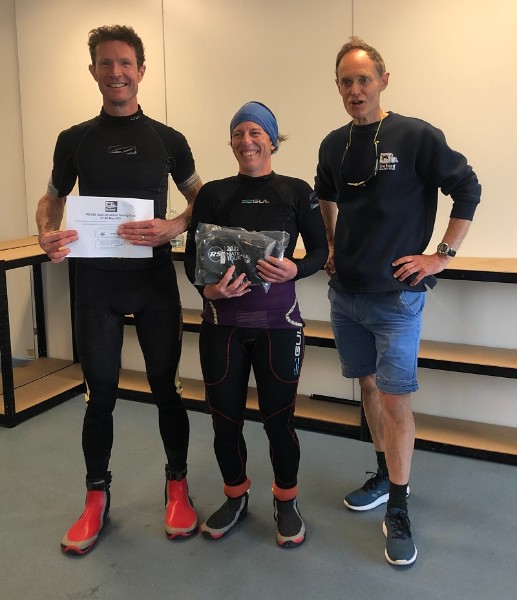 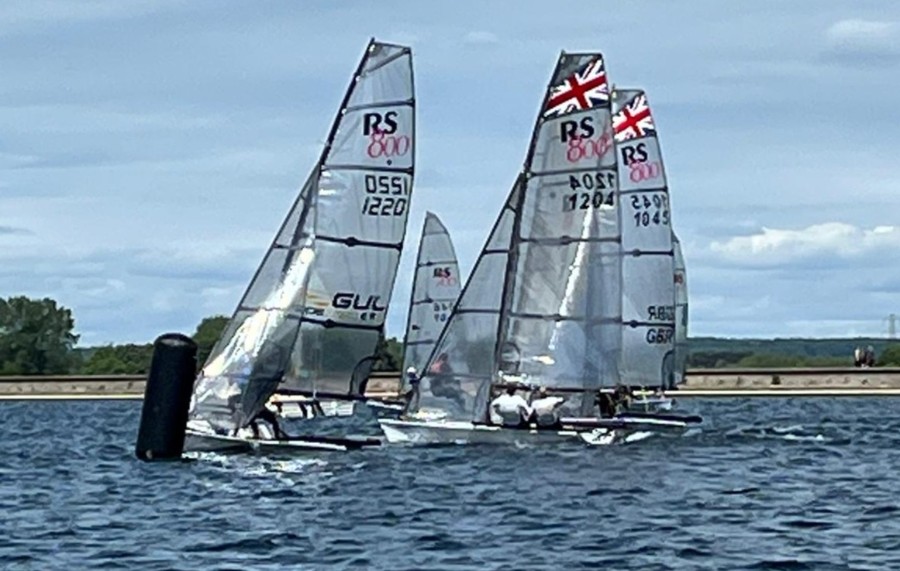 It was a welcome return to Farmoor Reservoir for the RS700 fleet.   Our last visit saw 25 knot winds and heavy rain.  But this time Oxford SC had laid on an entirely different set of conditions.

This was our second event on the RS700 Rooster National Tour and directly followed a weekend of fleet training so it was the perfect opportunity for many to put new techniques into practice.

The fleet unpacked and rigged their boats with an air of calm.  With easy launching and a start line mere moments from the slip, everything was under control.   A forecast of 8-12 knots kept everyone confident that today could be their day.

Race one got away on time and without incident.  The start line short enough to make it interesting for those watching from the committee boat, but long enough for us to all to pick a lane.  Arriving first at the windward mark was Pete Purkiss, with Matt Conner just behind.  The two leaders pulled a decent gap after the first downwind leg and despite splitting tacks and swapping places over the next three laps, crossed the finish line with Pete just ahead, Matt in second, and Simon Hawes charging hard for third.

Race two was sailed under similar conditions: 6-10 knots of shifty breeze with some holes to catch you out - which they certainly did.  Another clean start and once again it was Purkiss then Conner to lead the way around the windward mark.  Snapping at their heels were local hero Miles Roebuck, and Simon Hawes of Queen Mary SC.   The front three traded places over the subsequent three laps, but Pete Purkiss mastered the conditions to take a second win.  Miles fought hard for a second place and began what would become his ascent up the leader board.  There were battles throughout the fleet as people made gains and losses across the course.  With no established winning way to go upwind or down, every leg presented the opportunity to make a difference to the points.

Race three:  With the breeze threatening to dissipate, the race committee turned things around quickly for the final race of the day.  Shortly after the start a 20-degree header saw the leaders having to throw in a fast change of direction, those across the fleet who were unable to react quick enough, taking a well synchronised dip to windward.  A chuckle could be heard emanating from the direction of the committee boat.  With shifts and holes becoming a common theme, particularly at the top of the course, it took wily determination to make the gains.  And there was no-one wilier than Purkiss, who once again came back with a bullet.  There’s a reason they call him Pistol Pete!

Taking another second was Miles, who had overtaken Matt on the third lap to leave them tied on points overnight.   It was all to play for across the fleet as the points remained close and the forecast for the next day was even lighter.

Once again, the forecasters got it right.  The fleet assembled to look at a becalmed, glassy racecourse, albeit in glorious sunshine.  The committee made the call to delay the start for 90 minutes in the hope of some breeze developing.  This gave the competitors the opportunity to undertake some essential boat maintenance and for Simon Hawes to get the polish out to maintain his concours standards.  Unexpectedly the shore flags came to life, so a quick whip around the dinghy park from the race team sought consensus to take it whilst we could.   A 30-minute warning was given and rigging began at haste.

Race four:  With Pete having three wins in the bag, he was the man to beat.  Perhaps affected by some earlier jesting that he was benefiting from his lighter frame and the recent rule change to remove lead from the boat, he took the decision to set off without his bung to even things up a bit.  It was a short-lived trial before he abandoned and headed back to shore.

With Pete out of contention, Miles took his moment and owned a port-hand start that gave him a lead that was never contested.  It was Conner second to the windward mark, with Simon Hawes right alongside.  Hawes proved that shiny boats are fast boats, making a gain on the run to take and hold on to second place.  In the middle of the pack John Lawson, Ashley Strong and Steve Carr nipped and tucked to the right, the left and up the middle.

Race five:  5-7 knots across the course and a windward mark in the shadow of a bank of trees.  The fleet set off without incident or challenges from port tack chancers.  This time it was Conner to make the windward mark first, followed by Purkiss and Roebuck.  The front three split gybes after Conner found a hole giving Purkiss, Roebuck and Hawes the early warning to gybe off into slightly more breeze.  Some snakes and ladders remained for two more laps before the race officer kindly shortened course, sounding the horn for Pete.

Race six: The wind gave hope of building in the pre-start, but quickly returned to light and fickle as the fleet made their way upwind.  Reaching the windward mark severely hampered by the shadow of the banks and trees, the direction was at times swinging 30-degrees or more.  The light feet of Miles and Pete kept their boats moving and they led the fleet around for another welcome shortened course.  This left Pete the overall winner by just a single point, with Miles always proving a worthy challenger.

The fleet would like to thank Oxford Sailing Club for an excellent event and to the National Tour sponsor Rooster for their continued support and generosity.

Next up the fleet head to Yacht Club Carnac in Brittany for the Salcombe Gin Eurocup.  Then it’s the Weston Warm-Up 16-17 July.  Info here