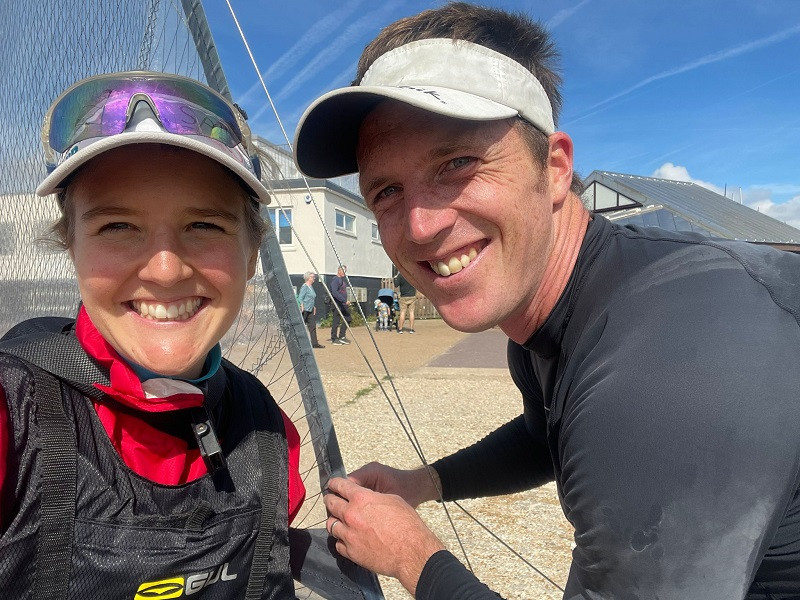 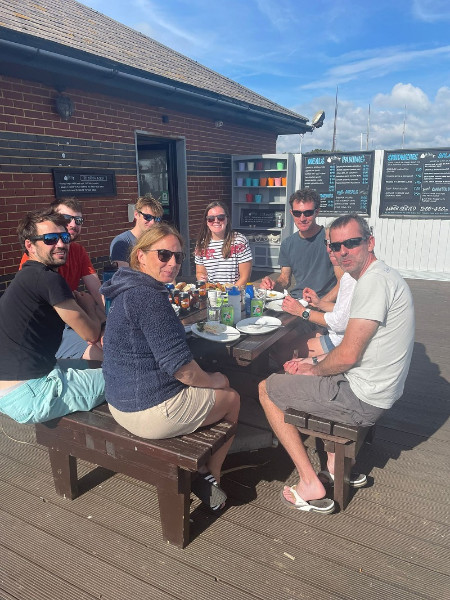 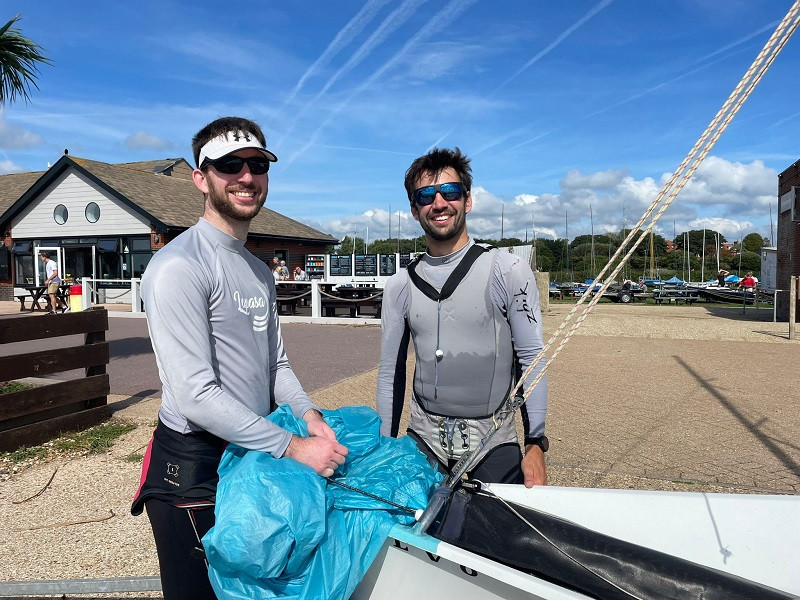 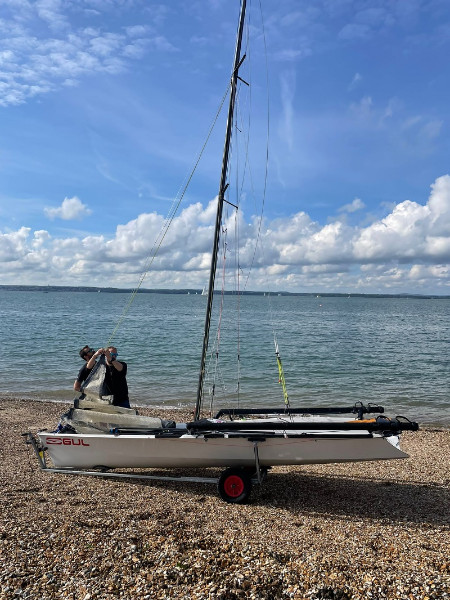 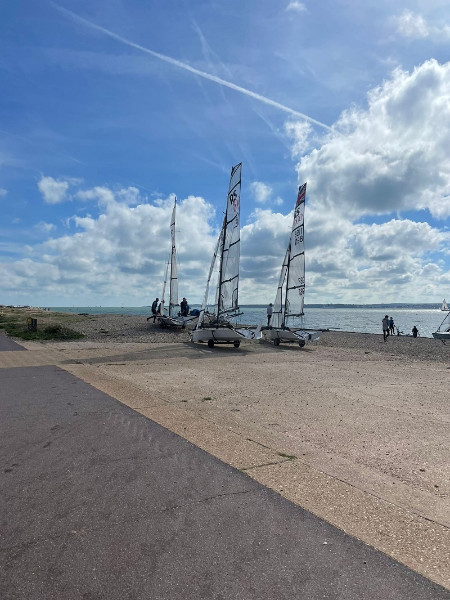 Sunday 11th September saw the first RS800 Class Development Day at Stokes Bay Sailing Club.  In gloriously perfect sun and 8-12 knots of breeze nine teams hit the Solent.  From past national champions through to teams looking to get their first race under their belt there was a full range of experiences on show.

Things kicked off with the club run Barts Bash race.  John Booth and Nick Ireland got their noses out in front with Fiona Hampshire and Hugh Shone, Luke and Emma McEwen, and the Gratton brothers (Tim and Ben) in hot pursuit. Fiona (showing Hugh how to really helm an RS800) managed to sneak past John and Nick only to decide the race was over a lap early despite a deathly silence of honks.  Early promise let down by poor laptitude.  This allowed John and Nick back into the lead only for the McEwens to take the race at the last.

With the racing done, teams then took turns to line up using rabbit run starts to knock out some short windward leewards.  It was great to see some of the more experienced boats lending some advice on the water.

Sailing came to halt once the helms decided they were actually quite hungry and the crews had hit their hoist quotas.  For Tim Palmer and Lizzie Culwick this was also the moment their rudder decided to make a quick exit off the boat - perfect timing really.  After teams all got stuck in to help others up the beach, a quick whip around told a number of different stories with teams learning all sorts of different things.

The Gratton brothers rediscovered what sailing was after a long hiatus out of the boat.  After three failed attempts to get the mast rigged correctly (the longest trapeze line saga ever recorded) they are now experts at all the possible ways it could be rigged wrong and how to fix them.  Just remember boys that: “only those who dare to fail greatly can ever achieve greatly” - Robert F. Kennedy.

John and Nick had a fast day on the water and were generally seen going the right way.  John’s major learning seemed to be that the RS800 is in fact not an RS700.  He did also say some pretty clever things about the rig that we nodded along to.

Tim and Lizzie had an invaluable time practicing some rudderless sailing on the way in after the pintel debacle and did a mighty fine job to be honest!  Cliff and Clare Nicholson did brilliantly to get stuck in and managed their first race.  Looking to tick all the boxes they also capped the outing off with a much needed capsize drill.  Meanwhile Rob Baddeley and Luke were trying out their new square top main for the first time in the brilliant September sun.

For us (Fiona and Hugh) there was a lot to consider after recently swapping round.  I pretty quickly realised that crewing definitely uses some different, previously undiscovered muscles.  Meanwhile Fiona spent the day getting to grips with her tacks and gybes after some helpful pointers from Luke McEwen about where he puts his hands oi oi.

To wrap things up food was downed and Mr Whippys acquired.  There was also some intelligence gathered around mast support/number plate trailing techniques - underlining the value of getting together to learn all those little tips and tricks both on the water and in the car park.

If you are interested in coming along to future development days then please get in touch with Hugh ([email protected]) to be added to the whatsapp group.